UPDATE: we now have seven reviews on Yelp. Here is our Yelp page.

I assume Yelp users actually exist but something doesn’t make a whole lot of sense….

We’ve been here for 21 years. We’ve helped thousands of people and businesses with their projects. People call on the telephone to thank us. Sometimes they write us letters (yes, people still write letters!) They submit feedback forms on our website. Some even write nice things about us on Google. But nobody, NOBODY, ever talks about us on Yelp.

We were considering doing some advertising on Yelp so I poked around the site a bit. We’re listed there, so it would be easy to get some feedback. I noticed that several other commercial printers, print shops and poster and banner printing shops in DC had Yelp reviews. Some of them actually had lots of reviews! I wondered whether they were reaching out to their customer base and requesting to be reviewed. Yelp discourages that practice in their FAQ. Then I thought perhaps these reviews were a result of something even more sinister… but I digress!

What is your experience with Yelp? Is it a good source of information for people who are making buying decisions? Or is it more of a social network? Do you check businesses out on Yelp before you make a decision? Does having no Yelp reviews give a business a bad impression or is no news considered good news? Thanks in advance for any feedback you can provide about Yelp! 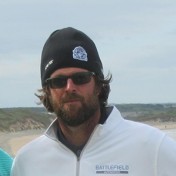 I guess you'd call me the "technical" guy at the shop. When the machines start to act up, they call me in. (I then call a service tech.) When I'm not dealing with the machines or writing or editing copy and/or code for clients, I also practice real estate law. It's a long story. Connect with me on LinkedIn or on the golf course.